The geology of New South Wales (NSW) has shaped the settlement of the state, and its economic and social development. The geology underpins our everyday lives – where we live, the natural resources we use and even some of our recreational activities.

Spanning almost two billion years, the geological history of the state is very complex. Due to plate tectonics, there have been many phases of active continental growth (including periods of widespread volcanic activity, granite intrusion, and sedimentation in basins and deep ocean settings), as well as periods of intense folding and faulting. 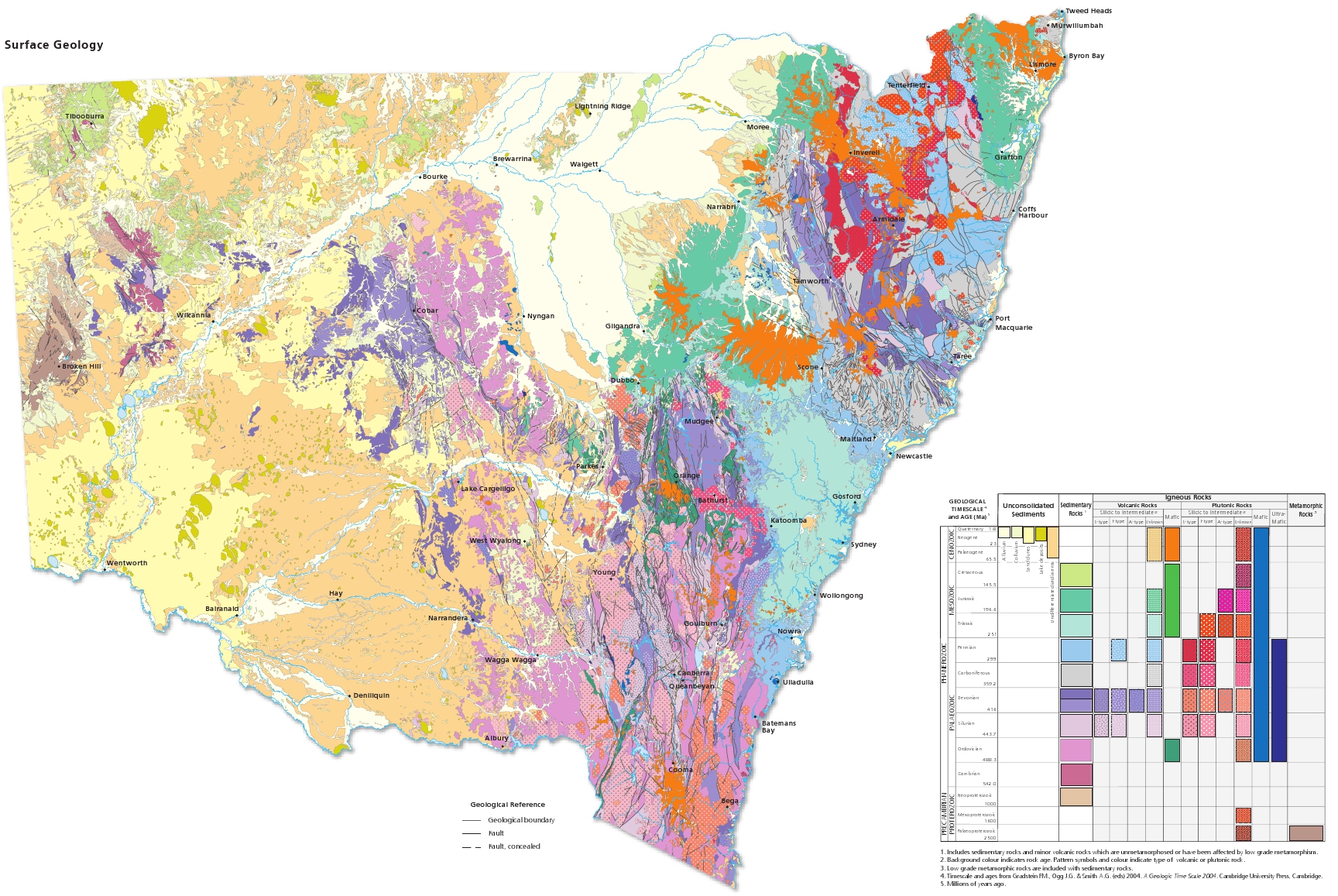 More is known about recent plate movements since the effects on our landscape have not been completely worn away. The main topographic elements that resulted from these movements – the Great Dividing Range, the low-lying Murray Basin and the western agricultural 'plateau' (average height 300 m) – are still present. The drowning of some river valleys by sea-level rises produced estuaries that modern population centres are built around (e.g. Sydney Harbour).

However, it is the older rocks that have had the most impact on the economic and social development of NSW, and these rocks still contain deposits of metallic and industrial minerals, coal and hydrocarbons.

Gold from lower Palaeozoic rocks (470 to 400 million years old) sustained the large population increases in both Sydney and inland centres from the middle 1800s and set NSW on its present economic course. Other fabulously rich areas such as Broken Hill, which has rich deposits of silver, lead and zinc in rocks around 1700 million years old helped to put Australia's manufacturing industry on a firm base.

The mining of coal from Permian rocks (280 to 260 million years old) in parts of the Sydney Basin triggered the development of the Lithgow, Hunter and Illawarra regions and led to the production of inexpensive electricity and export wealth.

The NSW Seamless Geology Project was completed in 2018, with the current version 2.0 released in May 2020. The seamless geology is presented as a series of 11 lithotectonic layers/provinces that form geological time-slices (see figure below). From oldest to youngest these are the: 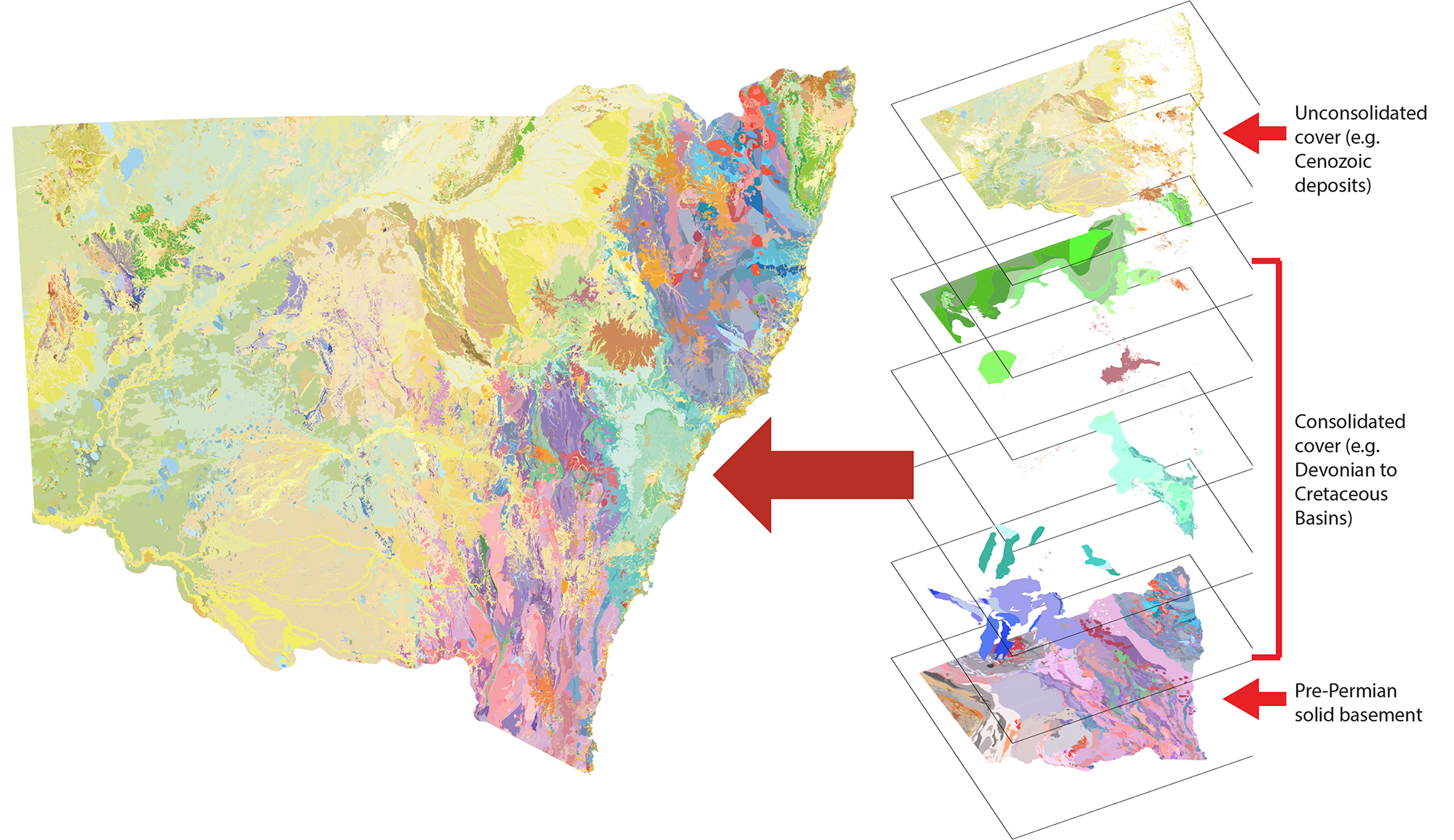